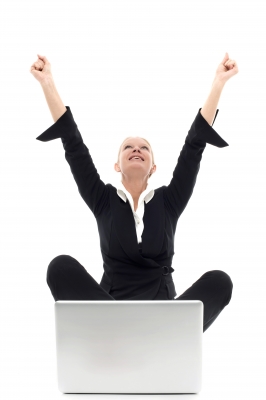 In part 1 of this blog, we discussed the manifold problems which come free of charge with your expensive traditional survey, problems which militate against success, all caused by the choice of format: the lengthy annual multiple-choice questionnaire, instigated by the company for the company. We hinted (quite strongly) that there might be a better way of doing things. So can we do better? Of course we can. But to do better, we have to start dismantling the format and throwing away everything that’s bad about it – which, as we’ve seen, is pretty much everything. And the best way to do this is to start with the assumptions that underlie the format, and reverse them so that we start from a completely different viewpoint. As Einstein said, “We cannot solve our problems with the same level of thinking that created them” - so fresh, innovative thinking is an absolute requirement if we wish to make any kind of progress.

Who is the Survey for?

The traditional format makes it abundantly clear that the survey is for the benefit of the employer. So let’s change it round so that the design is predicated on what the employee wants to say, not on what the employer wants to hear. The survey must collect information on how the employee feels, not on what they think about topics that don’t interest them and to which they cannot relate. Make it about them – make it so that the topics under discussion are things that matter to the employee. After all, employees’ levels of engagement and their decision whether to stick with the company or go elsewhere are things that depend solely on how they feel about their job, and not on inane and pointless questions such as whether they think the company fulfils its customer service promise (really, this question ought to be directed to customers, not employees).

When should the Survey be run?

It’s clear the once-a-year format has had its day, and needs replacing. But with what? One survey company’s “solution” to this is to run the same survey every quarter, or even more frequently. It would be hard to think of a better way of alienating employees. We have to get past the idea that a survey is something that happens occasionally, and no matter how frequently a survey is run, this idea is still operative. Therefore the only solution is to run the survey on a continuous basis – 24 hours a day, 365 days a year. Naturally this has consequences for its design, but as we’re completely redesigning it anyway, this need not be a problem. Making this change will allow employees to not only complete the survey whenever they like, but to go in and change their views whenever they like. Putting employees in charge of their own participation means more authentic responses, particularly in response to events, and a much higher sense of involvement. They may need reminding that it’s there for them, until it becomes familiar, but then they need reminding now, so the situation is no worse. In addition, this change eliminates the annual panic of organising and deploying the survey to deadlines, the hassling of employees to fill it in by a certain date, and the rush to come up with “action plans” … instead, it becomes a steady, regular activity that just melts into the natural rhythms of the company.

The 20 to 30 minutes needed to complete a traditional survey is far too long. It needs reducing to, at most, two or three minutes, if not seconds. This means we have to junk the long lists of questions, and reduce the information gathering to something much more succinct which ideally fits into a single on-screen window. So out go all the questions which are slight variations of each other, and out goes anything that isn’t relevant to the employee. The result is a highly streamlined survey which is short, to the point, and much more likely to be filled out (and filled out authentically) as a result.

The multiple choice format is nothing but problematic. Decreasing the number of choices makes answers increasingly inauthentic. Increasing the number of choices doesn’t help either, as it makes it harder to decide on an answer and so increases the time taken for completion. And the “do we have a midpoint” question still rages. So this format has to go. What do we replace it with? That’s easy – a data capture mechanism that is (or appears to be) continuous rather than discrete. Label one end “agree”, and the other “disagree”. What about the midpoint, should we have one? Who cares – certainly not your employees.  Should the midpoint be marked? No, there shouldn’t be any markings. This neatly sidesteps the “angels dancing on the head of a pin” argument about midpoints. And for those that think this won’t work because all employees will attribute different meanings to the same data point, do they really think that all employees agree on where the dividing line between “agree” and “strongly agree” is? Of course not, and it doesn’t matter; as long as each employee is consistent in their own use of the mechanism, that is all that matters; they know whether something has got better or worse, and will change things accordingly – and it’s these changes that the company should be interested in.

There will always be employees who won’t trust the survey. But much more can be done to improve employee confidence in its anonymity. For a start, Survey Providers must require the employer to be legally obliged not to attempt to breach the anonymity of its contributors, or to disadvantage any employee in any way because of their views expressed through the survey. No reputable company will object to this, and making this obligation known to employees may help. Also, the cross-referencing facility must be withdrawn where it exists. This will seem like a big loss to some, but it isn’t; there are better ways of getting the information than cross-referencing (which are outside the scope of this paper).

A comment facility must be available; no set of questions can ever cover the ground completely, and there will always be things that employees want to say that the designers could never have anticipated. But now, with the new always-on format, comments can be provided whenever they occur to the employee. The anonymity requirements mean that all comments must be anonymous and not linked together, so that contributors’ identities cannot be deduced from the collection of the topics that each addresses.

It will be fairly obvious by this point that the old survey format has undergone a complete reinvention, and that the new format will look almost nothing like its ancestor. But we should shed no tears for the old format; it’s had its day, and served its purpose (at least, we all like to think so), but change is inevitable, and the sooner the old format is pensioned off, the better for everybody concerned (except, of course, those survey providers who don’t get it and persist in continuing to promote the survey equivalent of buggy whips in the automobile age). Modern technology is perfectly capable of coping with all the requirements listed above, and there is really no excuse for preserving the traditional survey method, other than in aspic or vinegar. The survey is dead: long live the survey!

You might be wondering how it’s possible to build and operate such a survey. Well, there is no need to wonder; Thymometrics has already done it. We have a fully-functioning survey that implements every single change listed: it’s always on, there are no questions, it takes seconds to complete, and provides a far richer dataset to the employer, allowing them to view opinion on any date or look at how opinion has changed over any date range – plus many more unique features which no other survey system can offer. For information about Thymometrics’ world leading real-time employee engagement surveys, email info@thymometrics.com, call +1 646 760 9323 (US) or +44 (0) 1223 750 251 (Europe) or visit thymometrics.com. Image courtesy of Ambro at FreeDigitalPhotos.net
Back to Blog Index