The Importance of Information 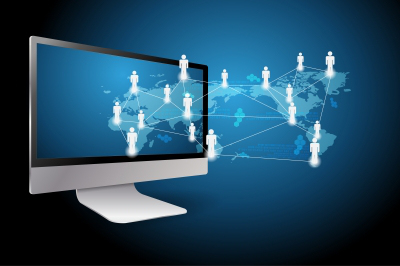 It’s said that money is like the oxygen in the lifeblood of an organisation, and with good reason: the supply of money to different parts of the business, via budgets and staff costs, is what keeps everything running, as long as you can bring enough money in to keep the company “oxygenated”. But higher life forms rely on more than just oxygen; they cannot work without a sophisticated nervous system relaying information around the body, to help it (amongst other things ) to feed and to stay out of danger.

So it makes sense to ask: is your company’s information flow up to the job?

For example, much of the communication that takes place within a company happens via email – that’s a channel, and it definitely works – up to a point. But the same properties and protocols that make email an excellent tool for disseminating information from one person to many people make it highly unsuitable for other tasks (such as holding discussions).

What this means is that, for your organisation’s internal communications to be optimally effective, you will need to ensure that you have sufficient channels in place, each with the right protocols and properties, to cover the whole gamut of communication styles that are needed for the different kinds of information transfer that need to take place. The emailing out of a message, perhaps from the CEO to all staff, is a great way to achieve mass communication of information; everybody is guaranteed to receive the same message (although not everybody will necessarily interpret it in the same way).

Another common channel is the trickle-down: the CEO asks his executive team to ask their direct reports to ask their direct reports (etc) to give their teams a message, which can be tweaked as it goes down the levels to take into account local specialisations and customs. Communicating an overall objective is best done by email; advising the employees how they can each help bring this about is better done by trickle-down, so that local knowledge can be added, and the message appropriately adapted, at each fan-out.

In general, companies can be pretty good at getting a message out. But what about the return channel? How is information that the employees want the company to know about channelled back? This is where channel protocols and properties conspire to make the return journey more complex than it first seems.

There are three main return channels: email, trickle-up, and the annual survey, and it’s worth going through them to explain why, even together, they aren’t enough. If your CEO sends a message to your company’s five thousand staff, he doesn’t expect five thousand email replies, even though everybody will have some sort of opinion on the message. And, in many companies, few employees would dare to reply even with a complimentary remark, much less a criticism.

Similarly, you don’t email the CEO about job-related problems – you email HR, for want of a more appropriate part of the company to ask. But in doing this, your name is on that email, and there are many situations where you’d like to know how the land lies before identifying yourself (particularly if your problem is with HR itself).

Also fairly common is the instruction to sort out problems by talking to your immediate manager. You would think that that’s what they are there for, and in a sense, they are: but they can’t solve every problem for you, only those that are within their remit to solve. (There’s a whole other discussion to be had here about how job descriptions prevent things from happening.)

And if your manager can’t solve your problem? It gets passed up the chain; and at each higher level, where it’s increasingly likely that the person has the power to solve the problem, the importance of the issue to the manager diminishes, and the reluctance to pass it even further up the chain grows. You might sum it up as “those who care, can’t; those who can, don’t care enough”.

Essentially, for solving any systemic problem, trickle-up just doesn’t work. Few executives are going to fix a problem simply because it would help one staff member. No, for action to be taken at this level it must be an issue that affects lots of people (or substantial amounts of company profits). And because trickle-up is unreliable as a delivery mechanism, it’s unlikely that this going to work as a way of kicking off change – plus, of course, there’s still no anonymity, which is also a problem for internal social networks and similar discussion fora.

The only way for the message to get through is if it’s sent directly, with no intermediation. The third channel – the engagement survey – doesn’t suffer from the anonymity issue, and is a good way of soliciting and analysing mass feedback. But if it’s an annual survey, then it’s typically available for only 10% of the year, often less. And employees are supposed to save up every little niggle throughout the year so that they can vent in the approved two-week window?

Well, that’s never worked for me, and I doubt it works well for you either.

Furthermore, because of the anonymity, nobody on the company side can reply to any comment – and communication needs to be two-way to be truly effective.

So this isn’t really a very good solution either; in fact, a solution with the right properties (always available, with direct sending of messages, and anonymous, but with two-way communications) does not exist in most organisations – yet it’s needed, because without it there is no effective feedback mechanism. And without fast and effective feedback, your organisation doesn’t really have a fully-functional nervous system, and is going to be at a disadvantage compared with those that do.

This is why we invented Thymometrics.

By melding an always-on survey with a two-way communications channel that preserves employee anonymity, we satisfy the four major criteria: it’s always available, it’s a direct channel for feedback to the company, it’s two way, and it’s anonymous.

It plugs an important hole in any company’s internal communications strategy, by allowing HR and Internal Communications to keep one ear listening to incoming employee concerns, while providing a speedy response which carries more weight than one from a line manager. (The anonymity not only protects the employee by allowing them to say what they think, it protects the company too; it forces issues to be dealt with on the basis of what is said, rather than according to who is saying it, achieving a scrupulous fairness and removing any possibility of accusations of favouritism.)

For information about how Thymometrics’ world leading real-time employee engagement surveys can boost productivity at your company, email info@thymometrics.com, call +1 646 760 9323 (US) or +44 (0) 1223 750 251 (Europe) or visit thymometrics.com. Image courtesy of KROMKRATHOG / FreeDigitalPhotos.net