Why Employee Satisfaction on its Own is Not Enough 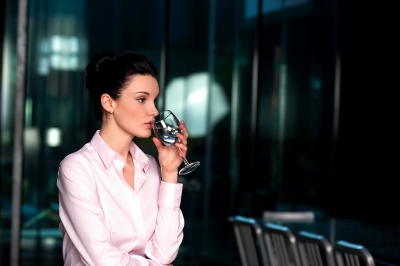 Employee satisfaction on its own is not enough[/caption] As you look around your workplace, you’re probably seeing many happy smiling faces, right? This can and should be an indicator of employee engagement and happiness, or at least on the surface it can appear so. But, maybe there’s a lot more at stake here. What makes one employee report to be satisfied about may not mean a whole lot to another employee, although it suits him just fine too.

Think about it for a moment. What is job satisfaction to most people? Wikipedia defines it as, “How content an individual is with his or her job, in other words, whether or not they like the job or individual aspects or facets of jobs, such as nature of work or supervision.” That’s a good start, but it’s very narrowly describing the way people view their work as satisfying.

There are many levels to this notion called "satisfaction". For example, a salesman who travels 75 percent of the time as part of his normal duties may be asked how satisfied he is about the corporate office – to which he gives a big thumbs up in approval. In that same office is the Office Manager who puts in long hours onsite and she rates the work environment as somewhat satisfactory. What’s the real difference here? Well, for one, the salesman who isn’t around the office that much is happy about the office environment because he’s not there much and so when he is there, he’s probably thrilled not to be traveling. The Office Manager is not very happy because she has to deal with the congested parking lot, the malfunctioning copy machine, and a host of other office related problems. Are either the salesman or the Office Manager’s satisfaction levels more relevant and meaningful than the other’s? You betcha! We would tend to think that the Office Manager’s opinion of the office environment is more accurate because she has the most exposure to it. Her work satisfaction level carries more weight in this instance.

The importance of relevancy in employee satisfaction monitoring

While employees may state that they are satisfied with their benefits, like health insurance, paid time off, the work environment, and other factors – there is another layer that must be understood. This is the importance and relevance of these factors to the individual. In terms of workplace satisfaction, very often it’s directly relevant to the factors that employees are most often dealing with. People can say that they are happy with things like the benefits, the salary, the perks offered by a company – but how is this important to them if they are not actually using these things? Take, for example, the number of people who actually pay for, but never use their employer’s group health benefits. The Health Care Cost Institute reported, “Use of health care services continued to fall in 2014, while prices for all categories of services rose.” Then there are the millions of people who never bother to use their paid time off offered by their employers. In America, only about half of all eligible workers actually take their PTO, because we are classified as work-a-holics by world standards. Consider that in Spain, a long lunch break or Siesta is considered the norm, while in American workplaces people are perfectly happy having lunch meetings to squeeze more work time into their already full days. But Americans will say they are satisfied and behave as if they are engaged for the most part. Employees may express satisfaction with the various aspects of their jobs, their benefit packages, their earnings, and more, but it’s important to dig below the surface with real-time employee engagement tools that track the importance of these factors too. This gives a more accurate picture of what satisfaction really looks like from the perspective of an employee and the factors that influence things. To find out more about Thymometrics' real-time surveys that define both employee Satisfaction and Importance insights, email info@thymometrics.com, call +1 646 760 9323 (US) or +44 (0) 1223 750 251 (Europe) or visit thymometrics.com. Image courtesy of stockimages at FreeDigitalPhotos.net
Back to Blog Index